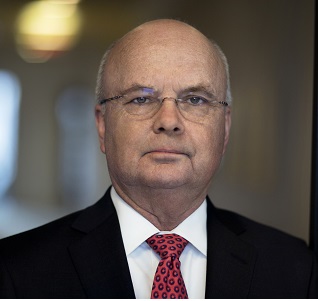 
As Director of the Central Intelligence Agency, General Hayden was responsible for overseeing the collection of information concerning the plans, intentions, and capabilities of America’s adversaries; producing timely analysis for decision makers; and conducting covert operations to thwart terrorists and other enemies of the United States.

Currently, he serves as a principal at The Chertoff Group, a security and risk management advisory firm, and as a Distinguished Visiting Professor at George Mason University. In 2014 he was the inaugural Humanitas Visiting Professor in Intelligence Studies at Oxford University in the United Kingdom.  His recent book, Playing to the Edge: American Intelligence in the Age of Terror, was a New York Times best-seller.

We are honored that General Hayden has agreed to speak to our Advisory Board at our upcoming Fall meeting on Sepember 29th.

7:30am - 9:00am
This event will be invitation only for Advisory & Managing Boards as well as Executive Committee Members.