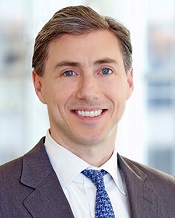 Glenn Shapiro is a Managing Director at Fir Tree, where his primary responsibilities include managing their co-investment strategy with external partners as well as acting as a Portfolio Manager for related funds.  Glenn came to Fir Tree from UBS Asset Management, where he was the Head of Direct Investments & Special Situations for their Hedge Fund Solutions group.  At UBS, Glenn led the direct investment programs.  This included concentrated opportunistic investments, acting as a Portfolio Manager for related funds and managing the Metric Fundamental equity long/short strategies.  For a portion of his time at UBS, Glenn also oversaw half of the allocating activities of HFS. Glenn is based in New York, New York.

Prior to joining UBS in 2015, he founded Gage Reinsurance Limited, a Bermuda-based reinsurance company (2014-2015).  Previously, he co-founded and managed Parameter Capital Management, a long/short equity-focused hedge fund affiliated and backed by SAC Capital Advisors (2010-2013). Before PCM, Glenn was a partner and portfolio manager at Balyasny Asset Management, a multi-strategy long/short hedge fund (2007-2010).  Prior to that, he was an analyst at Sigma Capital Management, a subsidiary of SAC (2001-2007). Glenn began his career in the investment banking division of Lehman Brothers in 1994. He has 25 years of investment industry experience including investment banking and direct investment roles.
Glenn holds a BA from Washington University in St. Louis and an MBA from the Kellogg School of Management at Northwestern University.