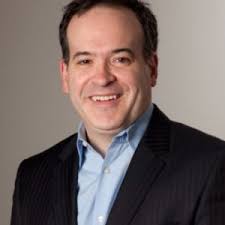 Matt Murray is editor in chief of The Wall Street Journal and Dow Jones Newswires, responsbile for all global newsgathering and editorial operations. Matt previously served as executive editor since 2017, and had been deputy editor in chief since 2013. He joined Dow Jones & Company in 1994 as a reporter for the Pittsburgh bureau. Matt received his BSJ from Medill in 1987 and his MSJ from Medill in 1988.

He is the author of The Father and the Son and co-author, with former New York City fire commissioner Thomas Von Essen, of Strong of Heart.

Maurice DuBois co-anchors CBS-2 News at 5 and 11. He joined CBS in 2004. At CBS News, he substitutes as anchor of The CBS Evening News, has reported for 60 Minutes Sports and CBS Sunday Morning, and has hosted CBS This Morning, 48 Hours and CBSN. Dubois is a graduated of Northwestern University, has four Honorary PhDs, and is a member of the Council on Foreign Relations.

Many thanks to our host, Gerry McGinley ('99), Managing Director, UBS.