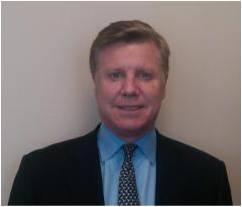 Nathan Troutman is a Senior Advisor to Rockefeller Capital Management. During his investment career he has built a top tier investment track record making direct investments and restructuring companies and troubleshooting investment problems across varied asset classes. Over the past 20 years, he has also become known for his effectiveness in working with some of the world’s leading business families in areas as diverse as Latin America, Africa, Europe and New Zealand.

An important part of Nathan’s career was working with Microsoft co-founder Paul Allen. Nathan led a complete reorganization of Mr. Allen’s multi-billion dollar portfolio. To facilitate that process, Nathan formed Vulcan Capital, an institutional-quality, multi-asset class team of investment professionals. In addition to serving as Board Chairman of The Sporting News and Board Member of Oxygen Media, TechTV and Digeo, Nathan headed the Investment Committee and served on the President’s Council with CEOs and Presidents of companies controlled by Paul Allen. Nathan also was a key member of strategy teams for Microsoft, Charter Communications, DreamWorks SKG, Mr. Allen’s sports investments, and his philanthropic activities. Building on his experience and success with Paul Allen, Nathan formed Privatus Partners where he advises significant family offices on a range of investment related topics including direct investments.

Nathan received his Bachelor of Science degree in Business Administration from Florida State University and holds an MBA from Kellogg School of Management as part of a condensed JD/MBA program at Northwestern University.