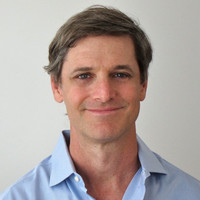 Since graduating from Kellogg, Steve has built a career advising institutional asset managers on their public equity investments in emerging and developed markets across Asia, Europe, the Middle East, and North America. He has held various advisory roles at The Royal Bank of Canada, HSBC, and Robertson Stephens, where he began his career after Kellogg.

Steve is currently spending his time advising and investing in emerging companies in consumer finance, packaged goods, and consumer services. He is a member of the Nutrition Capital Network, where he serves on the selection committee for their capital introduction events. Steve volunteers for the Northwestern Alumni Admission Council, where he interviews candidates for undergraduate admission.

Steve earned his Bachelor of Arts from Boston College and his MBA from the Kellogg Graduate School of Management at Northwestern University. He lives in San Francisco with his wife, Ally, and their two children, Poppy and Ben.